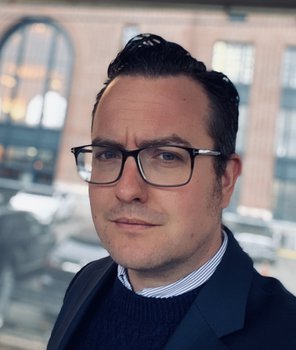 Predictions and prediction errors (PEs) may be a basic currency of brain function, underwriting perception, action and belief. Psychotic symptoms - hallucinations and delusions - involve catastrophic departures from norms of perception, action, and belief. Recently, using computational and cognitive neuroimaging, we have begun to discern a circuit underpinning both hallucinations and delusions (incorporating the frontal and insula cortices, striatum, midbrain and thalamus), and to gain insights into the mechanisms underpinning these puzzling and devastating symptoms. I will briefly outline this work and then conclude with novel, unpublished data from a quantitative neuroimaging-based meta-analysis summarizing results from 252 published functional magnetic resonance imaging studies of PE in healthy volunteers (studies of reward, punishment, perception, cognition, and action . We extracted XYZ coordinates and meta-data (e.g., PE type), analyzing them using state-of-the-art multi-level kernel-based density analysis. Conjunctive contrasts revealed that both traditional reward PEs and PEs related to violations of perceptual or cognitive expectations engaged the insula, striatum and midbrain.This supports that notion that PE is a basic currency of cognotion and comportment and suggests that the dopamine system, rather than representing value per se, is concerned with forming and updating a generative causal model of the world (and ourselves and others as agents in it). Through this lens, the bizarre and poorly understood symptoms of psychosis yield to a mechanistic explanation - they are deviations from consensual generative models of the world that nevertheless permit some (albeit limited) engagement with the world.

Dr. Philip Robert Corlett trained in Experimental Psychology, Cognitive Neuroscience and Psychiatry with Professors Trevor Robbins and Paul Fletcher at the University of Cambridge. He won a Wellcome Trust Prize Studentship and completed his PhD on the brain bases of delusion formation in the Brain Mapping Unit, Department of Psychiatry. After a short postdoc, he was awarded the University of Cambridge Parke- Davis Exchange Fellowship in Biomedical Sciences which brought him to the Yale University Department of Psychiatry to explore the maintenance of delusions with Professors Jane Taylor and John Krystal. He was named a Rising Star and Future Opinion Leader by Pharmaceutical Marketing Magazine and joined the Yale faculty in 2011 where he will continue to explore the cognitive and biological mechanisms of delusional beliefs as well as predictive learning, habit formation and addiction.

Please note that this website uses only cookies that are necessary for the functioning of the website. We do not track, we do not provide data to third parties.
If you continue to use this website, you provide consent to the use of cookies as stated above.